GAYCATION is a new documentary series on life conditions of LGBT community around the globe. The hosts are Ellen Page, an actress (Juno, Inception) who’s coming out in 2014 during THRIVE conference has caused a lot of polemics, and her friend Ian Daniel, also a member of LGBT community. Together they will travel to different countries to witness the daily life of those people, and try to understand what difficulties they encounter.

The first episode of GAYCATION takes place in Japan, a country of notorious contradictions when it comes to LGBT community.

Ellen Page and Ian start their visit by talking to the owner of the oldest (and smallest) gay bars in Tokyo, Yo Chan Chi. The bar, which is a tiny room that can host no more than 5 people, is located in what used to be red lights district. The visitors would come to get a few hours of being truly themselves, and it was a secretive gathering. Now the area is less closed and people often don’t try to disguise themselves. However, Yo Chan admits that those old days were a thousand times more beautiful and he is not moved by the change.

Next on the list is Onna No Ko Café, which is a secret club with no address and no identities. The café’s manager describes it as a place where one gets to casually dress up as a girl. In reality, it is a bar stand, rows of coffee tables and a huge backroom with dresses, fake fur, wigs and glitter, and lots of men chatting and smiling, dressed as women, in full make-up. What seems to be a very camp place turns out to be more of a fetish for straight men (about 70 percent of all the visitors identify themselves as straight). What they look for is to experience what it is to be a woman. Others try to create their ideal woman. All in all, it looks fun and strange and somewhat objectifying transgender people.

During an interview with lawyers who represent LGBT- and anti-discrimination cases and who are also an openly gay couple, we find out that in Japan there is no real knowledge nor understanding of homosexuals and transgender. Japanese want the distance from what they don’t perceive as appropriate. They can tolerate reading about it in a newspaper, but they will strongly object to seeing homosexuals kiss or even hold hands.

Because these people are perceived as disturbing the harmony, they often disguise themselves in “friendship marriages” to convince their families and friends they are “normal”. Japan is a collectivist country, and individual happiness is often consecrated for the well-being of a family and community. Sadly, during an anonymous interview with a man from such convenience marriage, Ellen and Ian find out, that even if japanese acceptance of LGBT accelerates, he will still prefer his “friendship marriage” than to come out and possibly have a real life with a romantic partner.

Ian Daniels and Ellen Page travel to Kyoto, where in one of the Buddhist temples same-sex marriages are performed. After symbolically getting married to each other (both wearing kimonos, saying vows, with a real gong and a tiny waterfall) Ellen and Ian learn about monk’s decision to officiate such marriages. The truth is in Buddhism there is no teaching against LGBT and knowing this he decided to make all people happy.

To understand why with no religious constrictions (as for example in Christianism) homosexuality is a subject to be suppressed, GAYCATION crew meet with Kanako Otsuji, first openly gay women to be elected in Japan’s history and a prominent LGBT right activist. Otsuji reveals that because of Japan’s historical idea of nuclear family as man and a woman marrying and having children,  same-sex marriages is a subject that is avoided by politicians today. In addition to that, Japan has a culture of shame. Coming-outs are particularly hard, because they will not encounter followers and supporters. What awaits a person who decided to come out is a public and family disapproval. And because it is so hard, the agencies like Family Romance in Tokyo even rent actors to act as friends of people when they come out to their families. Kanako Otsuji is not fully optimistic about Japan becoming more inclusive, but she is currently fighting implementing LGBT anti-discrimination laws, which is a start.

On April 2015 the Shibuya Ward of Tokyo was the first in Japan to recognize Civil Unions for same-sex couples.

In the end of the episode Ellen Page notes, that there is lots of unawareness and disapproval of LGBT community, but when it touches people personally and there is a family member or a friend who comes out, this attitude changes quickly. And the reason so many people can move forward and accept, is because everyone can understand what it is to love. She also reminds that homosexuality is not a choice, but excluding and oppressing others is a choice. And no one should make it. 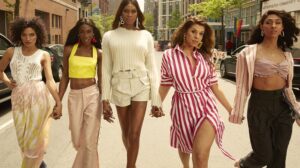 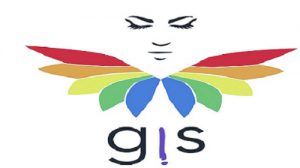 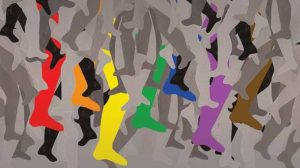