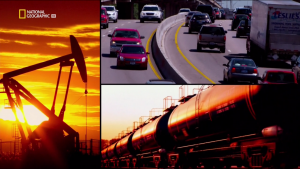 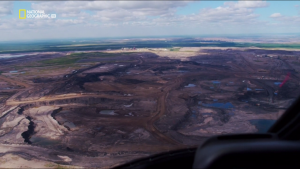 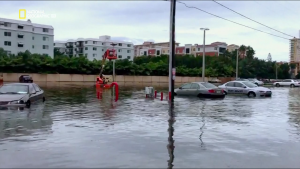 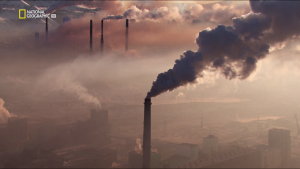 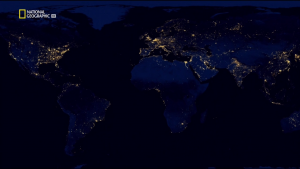 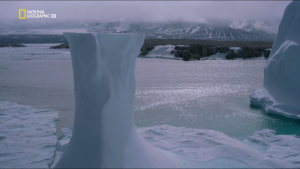 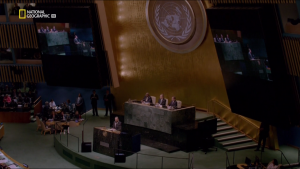 Before the Flood is a 2016 documentary produced and narrated by the actor and activist Leonardo DiCaprio and distributed by the National Geographic Society. It is centered on the problems of climate change and global warming and includes interviews of many scientists, activists, engineers and creators. The film is an evaluation of past year’s events related to climate change, a balance between the factual account of its outcomes and solutions for the global warming issue, made present by technological innovation; between discreditation of scientific voice for the profit of industry growth and inspiration found in those who refused to be silenced.

Before the Flood’s opening shots are of the triptyque painted by Hieronymus Bosch, called The Garden of Earthly Delights. It is an imaginative account of Biblical story of Earth’s creation and consequent loss of Paradise. Leonardo DiCaprio states that as a young child that image of distortion and destruction of life had terrified him. He remembers the anger felt while studying extinct by human action animals during his visits to the National History Museum. Only unlike the early settlers, the story narrates, – we are well aware of the negative impact on Earth’s well-being, and this change is occurring on much grander scale.

While the film is concentrated on American issues in the field of climatic change and its political and public reception, it still draws on the number of international examples and is interesting to watch.

The narration starts from an explanation of the importance of fossil fuels for the American economic system. This constant drive for new sources of fossil fuel often proves to be dangerous and extreme. It poisons water and extinguishes wildlife: the shots of Canadian company Suncor Energy’s impact on the natural landscape are terrifying.

The state of Florida is already experiencing the effects of climate change: floods, unpredictable weather, the rise of the ocean level. The existence of the problem is so tangible, yet it leaves millions of people (among whom are renowned politicians, journalists and businessmen) skeptical.

Dr. Michael Mann, an American climatologist and geophysicist, states that 99 percent of scientific community agrees on climate change and the global warming. The doubt is not planted by scientists, but by companies that profit from favorable to fossil fuel industries laws and regulations. Industries such as Exxon Mobil and Koch are buying political interest, Senator James Inhofe being the “most prominent climate change denier”. Dr. Michael Mann (who himself was widely discredited and ridiculed by news media and attacked by the Congress) explains that the “massive disinformation campaign” does not have as a goal to win a scientific debate, but merely to confuse and divide the public.

The example of China, one of the first countries to have experienced the devastating effect of the air pollution, is provided to show the power of unity of people. Massive demonstrations, strong media presence and support have led to more efficient environment-protection laws. Transparency of industries, access to data of pollution level of factories are meant to empower people.

Dr. Piers Sellers, a meteorologist and NASA astronaut (deceased in 2016), made empowerment of people with scientific knowledge a goal of his life. In an interview with Leonardo DiCaprio he describes the fondness he felt when seeing the Earth from Cosmos, the desire to preserve our planet. Together with a group of scientists, Dr. Piers Sellers has constructed the Model Simulation of Earth where Climate Simulation is possible. “This way”, he says, “we really see what’s going on.”

The documentary provides solutions of bigger and smaller scale to minimize the impact of global warming. Learning how to recognize propaganda is of them. Companies with often benevolent names, such as The Heartland Institute, CATO Institute, Americans for Prosperity reveal themselves to be font groups funded by corporations with a goal of discreetly promoting fossil fuel interests.

Another grand solution is promoting and supporting companies developing renewable energy sources such as Tesla, founded by Elon Musk, a manager, investor, engineer and inventor. In an interview with Leonardo DiCaprio, that takes place at Tesla Gigafactory, Nevada, Elon Musk takes on a global perspective of what the future of the planet could be. He explains how implementing solar panels and batteries will help avoid building electricity plants in underdeveloped countries of the world; how access to such basic need of comfort as electricity can be provided with solar batteries in the most remote villages. Elon Musk claims that 100 Gigafactories, as the existing one in Nevada, would transition the whole world to renewable sources of energy.

Conscientious consumption is another small, but certain way to make a difference. Palm oil is the cheapest vegetable oil and is the main reason of tropical deforestation. It is used for cooking purposes and is present in most of the processed food, cosmetics and detergents. Companies such as Pepsico, Kraft Heinz, Burger King, Doritos, Quaker and many others are known for using palm oil in their products. Opting for ethical purchasing could change the way the industry works and prevent the destruction of rain forests. The documentary also provides a solution of Dr. Gidon Eshel, a research professor of environmental physics at Bard College, explains how grass-fed beef farming contributes to global warming and insufficient use of resources. Cows themselves produce large amounts of methane – a powerful greenhouse gas, their farming requires vast amounts of territory and massive electricity consumption. Switching one’s diet to poultry or cutting the amount of beef consumption in half would already bring a significant change.

The film ends with the same triptyque of Hieronymus Bosch, this time closed. There we see an image of our planet painted inside what seems to be a bell jar, as if to underline Earth’s fragility. 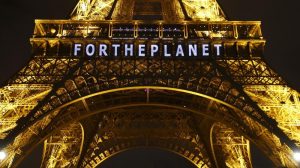 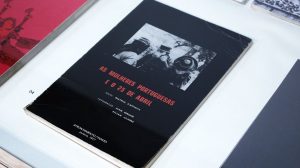