The opening credits of I Am Not Your Negro are a game of contrast, one half of the screen white and the other black, rapidly changing their positions as the soundtrack progresses until a fade-out. The voice-over (Samuel L. Jackson) accompanies the typewritten pages of Remember This House, a deeply personal reflection of James Baldwin on his childhood feelings, memories and mechanisms of the society that conditioned them. The narrator progresses over archives, films, commercials and popular imagery.

Virtually all we see are myths created by the white population of America: westerns capturing the heroic conquest of the Wild West, Ann Darrow, a King Kong heroine ready to be sacrificed by black aborigines, Jim Crow, a Blackface, and many other African-Americans on screen, isolated, ignorant, showing devotion and fear or else praising refrigerators, ovens and bananas with big smiles on their plump faces. What we hear is the account of how those images misrepresented, enraged and constricted the non-white citizens of the mid-20th century America.

James Baldwin left America with 40 dollars in his pocket, thinking nothing that could happen to him would be as terrible as what he had already survived. He came to prominence in Paris, traveled across Europe, wrote extensively and constantly lectured on racial inequalities of the nation that thought itself the greatest. That nation of Democracy, prosperity and equal opportunities mercilessly silenced the voices of oppressed. That very nation required military force to safely escort black children to integrated schools through crowds of maddened protesters.

I Am Not Your Negro is a reminder that America keeps loosing its lives to unresolved issues of racism and power dynamics. As James Baldwin says, he is not a negro, and whoever needs to use this metaphor should find out why they need it. The future of the country depends on that.

Possibly the greatest power of the film lies in a reminder that innocence is not a virtue. The numbing comfort of our homes obliterates poverty and suffering of the World. The culture of entertainment creates an image of reality that justifies indulgence and inertia. I Am Not Your Negro is an invitation to question our beliefs and find out how and whether they translate into actions. Because once again, as James Baldwin said, it was possibly the ignorance and not the hatred of the oppressors that was so disastrous for America.

Announcing to his editor in 1979 of the book he was working on, Remember This House, an account of life, work and death of his three friends: Medgar Evens, Malcolm X and Marting Luther King Jr – James Baldwin never managed to get past thirty pages of the manuscript (as he would sadly explain, after all, he knew them). Raoul Peck explores this unfinished account of loss, racism and fight for Civil Rights through archive material, publicity and the unresolved issues of America today. 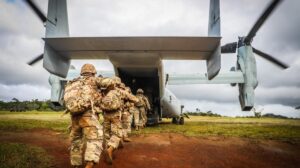 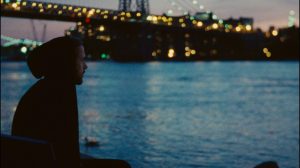